This is the story of how Michael Marcus became a millionaire trader. 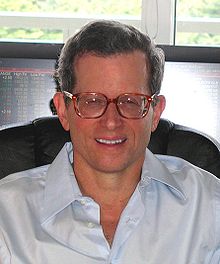 Many of us involved in forex trading read or hear stories of millionaire traders and think that they must have:

But the truth is really different.

Many of these millionaire traders started trading with small amounts of money that you and I can start with-easily.

There is one thing that is very common with all these millionaire traders and that is: they manage risk so well. And I mean extremely well. Do this it as if their lives depended on it.

Maybe after reading, you can get some golden nuggets of trading wisdom that can make you a better trader.

Where Is Michael Marcus From?

Where else but United States of America?

Most of the worlds greatest traders are from USA. Here’s a list of a few of them:

Believe it or not, Michael Marcus was a very sharp cookie.

He graduated in 1969 near the top of his class and on his way to becoming a Professor…That’s what he thought until he met a guy called John through a mutual friend.

John told Marcus he could double his money every two weeks and yes, “like clockwork.”

This was a classic case of the  blind leading the blind.

The worse part of it all was that Marcus never really bothered to ask  John how he does it.

But nevertheless, doubling  money like clockwork every two weeks was such a good idea so Marcus jumped in

So here’s what happened:

Marcus saves up another $500 and trades again but loses it all, again.

So Why Didn’t Marcus Quit Trading Then?

Some people would have quit at this stage. But not Marcus.

Marcus reasoned out that he always did well in school and the reason was that he studied and understood what the subject matter was all about.

So he came to the conclusion that he could do the same in trading. He needed to learn.

So this is what he did:

Michael Marcus  funded his account with $3,000. It was his third attempt.

How did he get this money?

Michael’s father died when he was 15 years old. So this was life insurance money.

One interesting thing that I’ve read about how Michael Marcus took his profits that time was the strategy he used.

Here’s how it works:

In other words, he was scaling out.

Michael Marcus was doing good in his trading.

Why did he do that?

Then he bought the maximum number of corn and wheat contracts possible for a $50,000 trading account.

If you don’t know what that mean, he bet everything on those trades.

What was the logic/ reason for such an over-leveraged trade?

Well, Michael Marcus had a theory that blight was going to attack corn crop again. Which means, corn was going to be in short supply.

So on that theory, he pretty much bet all his account on the trade.

All it took was an article in the Wall Street Journal titled ” More Blight on the Floor Of The Chicago Board of Trade Than In Midwest Cornfields.”

The corn market fell after that.

By the time he liquidated his trading position, $42,000 was gone.

While, working at Reynolds securities, he couldn’t help but watch the traders trade.

Michael Marcus was itching to trade.

So he made a fourth attempt and getting sufficient funds to trade:

And he opened a trading account with another brokerage firm.

So how can Michael open or close trades while he was still working with Reynolds Securiites and he was not allowed to trade?

Well, he came up with system of communicating with his broker that kept the people in his office from knowing that he was violating their rules.

So how did Michael Marcus perform this time on his 4th attempt at trading?

It was following the same of cycle of borrowing money and then losing it.

Here’s what Michael Marcus said about his losing:

Basically, I had no real grasp of trading principles; I was doing everything wrong.

The Guy That Changes Everything For Michael Marcus

Michael Marcus managed to get a job as an analyst at the Firm were Ed Seykota was.

You could say that Michael Marcus learnt from Ed how to be a good trader. As a mater of fact, Ed Seykota was a good role model for Michael.

Michael learnt from Ed such things as:

But Michael Marcus did not become a good trader after meeting Ed, he continue to lose, even with Ed Seykota there.

Micheal was not patient enough to wait for a clearly defined situation.

While working at the same firm as Ed Seykota was, Michael Marcus was earning around $12,500 a year salary.

He couldn’t borrow any more money from friends and relatives to fund his trading activities. He had run out of options.

However he did manage to save up $700 and convinced another friend to contribute another $700.

Michael was in charge of trading this account because his friend did not know anything about trading.

Michale Marcus Placed a trade on plywood when the government controlled fixed price ceiling of $110 was broken. He reasoned that if the price ceiling was broken, what is stopping price from moving up further?

So he bought 1 contract. As the price started increasing, he kept on buying more contracts, pyramiding and riding the position.

The Michael Marcus also reasoned that if plywood was rising in price, lumber was most likely  going to do that same.

The government realized what was happening to the price of plywood…it was supposed to be trading at $110 but it went up to $200!

So a government official came out with an announcement that they were going to crack down on speculators in lumber who were trying to run up the price like they did in ply wood.

His trading account was close to being wiped out again!

He couldn’t believe it that he was doing the same mistake that he did previously.

He managed to hold on, and the market eventfully turned around.

The scary experience of nearly wiping his trading account again was enough to make him quit over trading.

It appears that Michal Marcus then turned this account into millions some years after this.

He is reported to have said this:

At one time, I traded heavily in currencies. For example, in the years after Reagan was first elected president and the dollar was very strong, I would take position as large as 600 Million Deutsche Marks between my own account and the company account. At that time, this was about $300 million worth. That was a pretty good line. I was probably  one of the biggest currency traders in the world, including the banks.

In 1974, Michael Marcus was hired as a trader with a firm called Commodities Corporation.

Seeing how good he was in trading, they added another $100,000 to the trading account.

He took this trading account to $80 million in 10 years.

He was making at least 100 %  year for years and years. It was a really incredible run.

Marcus reckoned that one of his best trade was riding the bull run on gold in 1979. He first trade was buying 2000 contracts of gold (that’s 200,000 ounces of gold!) when he heard about the invasion of Afghanistan.

He made a fortune out of the trades that he took on gold. He was trading in and out. Riding the price as it went up.

He had a large long position in a Deutsche Marks and then Bundesbank came in to punish the speculators.

Guess what happened next?

In just about 30 minutes later after he bailed out, the market recovered from its entire fall.

He had to endure the the torture of watching it happen.